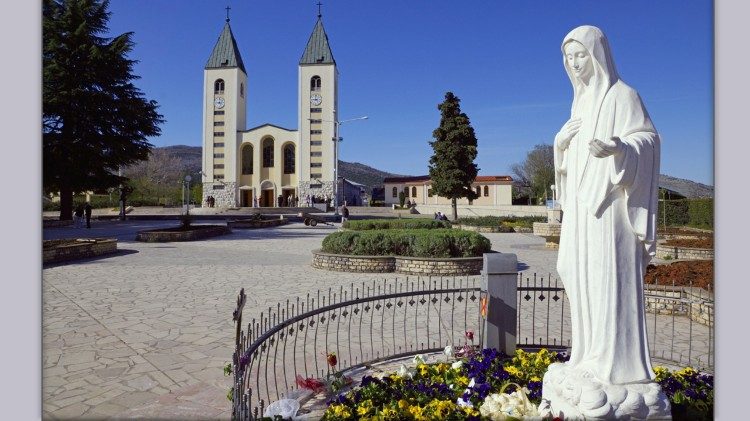 Archbishop Henryk Hoser, retired Archbishop of Warsaw-Prague in Poland, begins his mandate on Sunday as Apostolic Visitor to St James Parish in Medjugorje. He will inaugurate his ministry with solemn Mass in the evening and has invited all of the faithful and pilgrims present to participate.

Archbishop Hoser was first appointed by Pope Francis as a special envoy from the Holy See to St James Parish on 11 February 2017. At that time the Holy See’s Press Office stated that the mission entrusted to the then Archbishop of Warsaw-Prague “has the aim of acquiring a deeper knowledge of the pastoral situation there and above all, of the needs of the faithful who go there in pilgrimage, and on the basis of this, to suggest possible pastoral initiatives for the future. The mission will therefore have an exclusively pastoral character.” The statement said that his mandate was expected to conclude by the end of summer 2017.

The same day the Press Office released this statement, Director Greg Burke underlined that “the mission of the Special Envoy is a sign of the Holy Father’s attention toward the pilgrims. The scope is not inquisitorial, but strictly pastoral. The Envoy will not enter into questions regarding the Marian apparitions, which are the competence of the Congregation for the Doctrine of the Faith. He will be in contact with the diocesan bishop, the Franciscan Friars Minor – to whom the parish of Medjugorje is entrusted – and with the faithful of the area.” And he concluded, “It is a mission for the pilgrims, not against anyone”.

Pope Francis nominated Archbishop Hoser a second time “as special apostolic visitor for the parish of Medjugorje” on 31 May 2018. According to the statement released by the Holy See’s Press Office, the mandate will last for “an undefined period and ad nutum Sanctae” (at the Holy See’s disposition).

Once again, Archbishop Hoser will exercise “an exclusively pastoral office” in continuity with his first mandate which came to an end recently.  The Holy See’s Press Office explains, “the mission of the Apostolic Visitor has the aim of ensuring a stable and continuous accompaniment to the parish community of Medjugorje and to the faithful who go there as pilgrims, and whose needs require particular attention."